Getting off-chain data from on-chain requires the orchestration of many Chainlink components, performing different tasks, depending on the product and solution. The following chart (and description to follow) enumerates Chainlink's 'direct request' model, which is great starting point for new developers working with Chainlink.

Guide to interacting with off-chain data with Chainlink 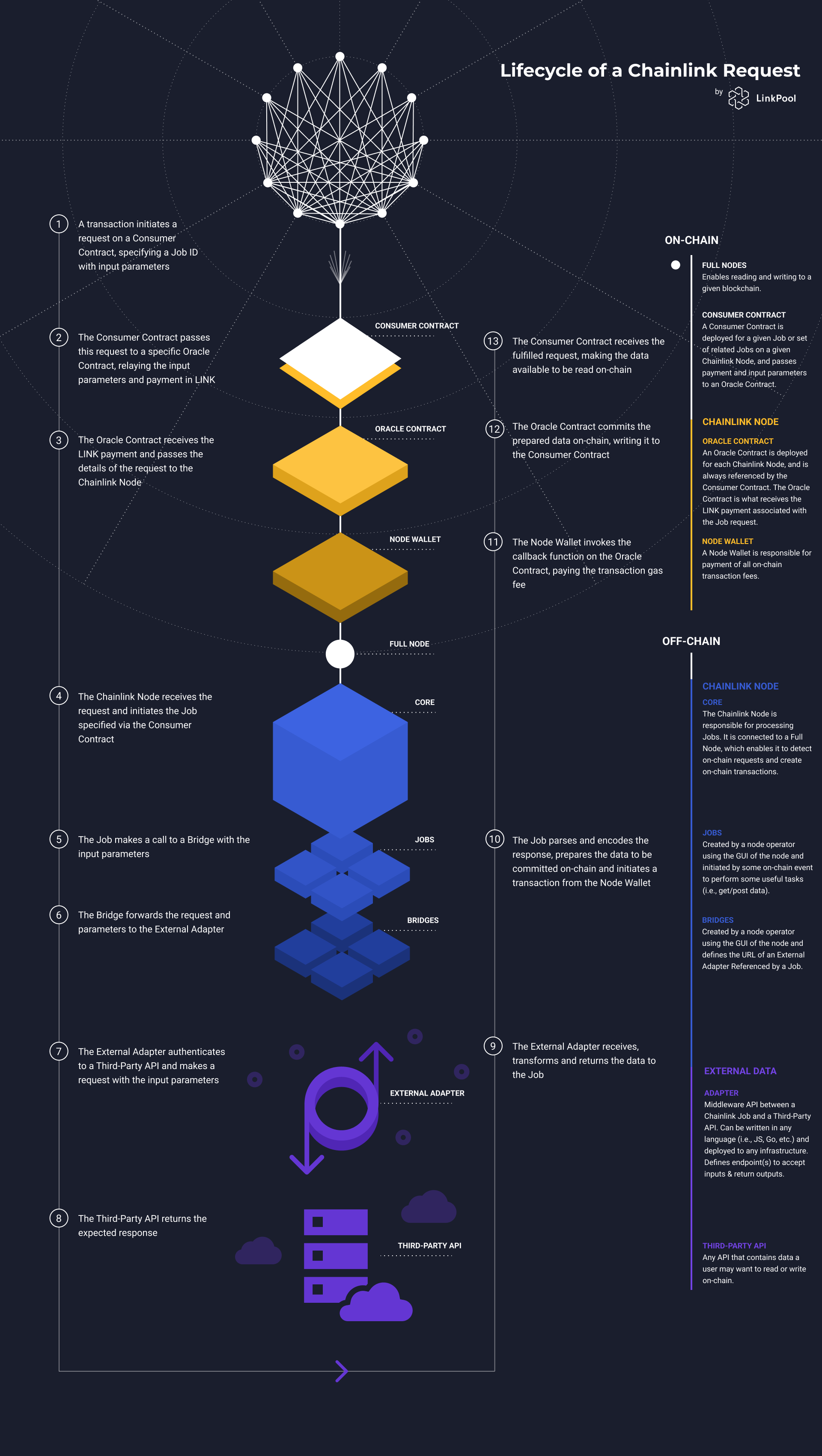 A Full Node is the bridge from the Chainlink Node to the Blockchain. A Full Node enables the Chainlink node to detect inbound on-chain requests from consumer contracts and submit transactions back to the blockchain.

A Node Wallet is required to run a Chainlink Node, and is the source of payment for all on-chain transaction fees.

The Chainlink Node is responsible for receiving the request and initiating the Job id specified via the Consumer Contract.

A Job is created within the Chainlink Operator GUI, and defines some pipeline of tasks to execute, such as retrieving data from some off-chain source, transforming the data, and returning data to the Smart Contract. One step in the Job Pipeline may be to invoke some Bridge.

A Bridge is created within the Chainlink Operator GUI, and is simply a reference to a given URL for an External Adapter. A Bridge may be referenced by one or more Jobs.

An External Adapter is a middleware application which follows the standard for receiving requests from a given Chainlink Job, executes some custom logic for interacting with data on some third-party API, and returns the result from that API back to the Job.